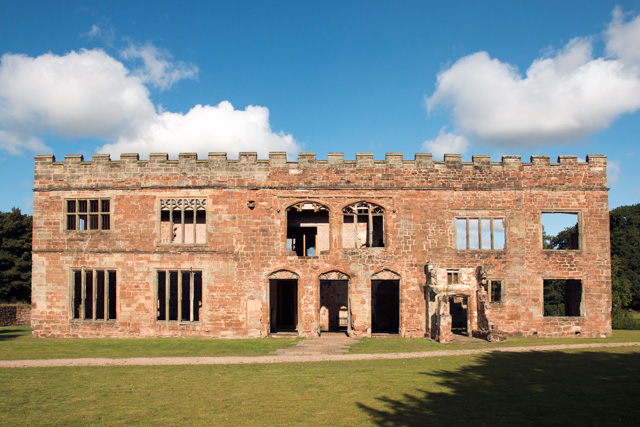 Location: North Warwickshire, England.
Built: 13th-14th century.
Condition: Shell.
Ownership / Access: Landmark Trust.
Opening times: Check their website for more info.
Price of admission: Check their website for more info.
Notes: Astley Castle is a ruinous moated fortified 16th century manor house in North Warwickshire. It has been listed as a Grade II listed building since 1952 and as a Scheduled Ancient Monument since 1994. It was derelict and neglected since it was severely damaged by fire in 1978 whilst in use as a hotel and was officially a Building at Risk. The building reopened as a holiday let in 2012 after extensive and novel renovations that combine modern elements with the medieval remains.