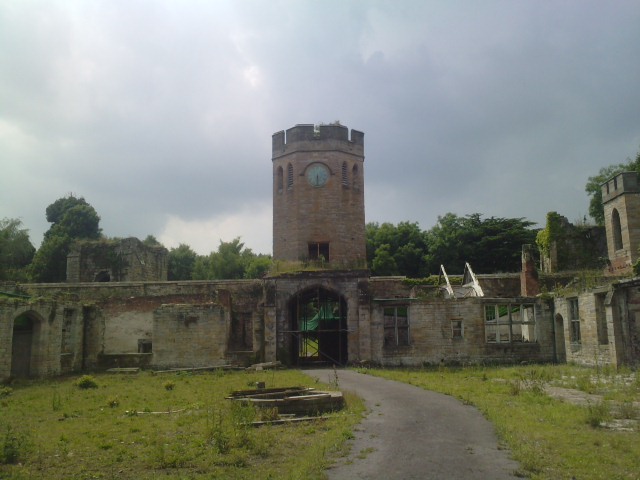 Location: Gateshead, Tyne and Wear, England.
Built: 14-19th century.
Condition: Ruins.
Ownership / Access: Private.
Opening times: Check their website for more info.
Price of admission: Check their website for more info.
Notes: Ravensworth Castle is a ruinous Grade II listed building and a Scheduled Ancient Monument situated at Lamesley, Tyne and Wear, England. Early owners included Fitz-Marmaduke, Lumley and Gascoigne. In 1607, the castle was purchased by Thomas Liddell, a wealthy Newcastle-upon-Tyne merchant, and remained in the ownership of the Liddell family for over 350 years. In 1724 Sir Henry Liddell built a substantial mansion within the curtilage of the castle, but this was demolished in 1808 by Sir Thomas Liddell, and replaced by a grand house designed in the Gothic Revival style by architect John Nash. The Duke of Wellington was entertained there in October 1827. The Liddell family ceased to live at the castle in about 1910. It was briefly leased to a girls' school but gradually fell into disrepair and decay. It was substantially demolished in about 1952 when it became unsafe due to mining subsidence; some of the stone was used to extend Hindley Hall. The ruinous remains have been included by English Heritage in the Heritage at Risk Register.