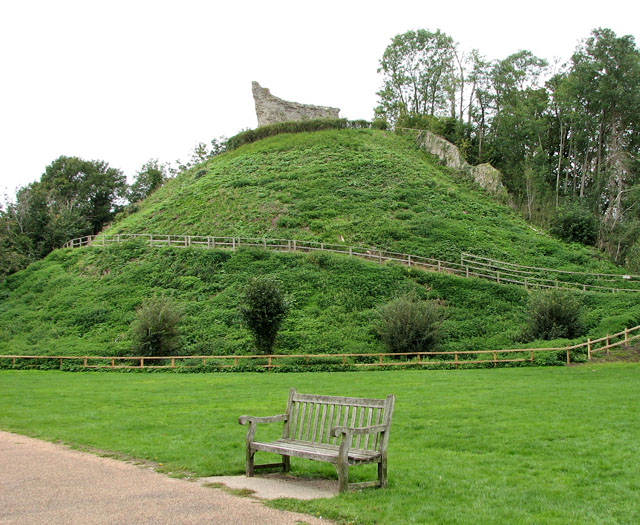 Location: Clare, Suffolk, England.
Built: 11th century.
Condition: Fragmentary remains.
Ownership / Access: Castle open to public.
Notes: Clare Castle is a medieval castle in the small town of Clare in Suffolk, England. Built shortly after the Norman conquest of England by Richard Fitz Gilbert, the motte and bailey castle was later improved in stone. In the 14th century the castle was the home of Elizabeth de Clare, one of the richest women in England, who maintained a substantial household there. The castle passed into the hands of the Crown, and by the 16th century was in ruins. Damaged by the construction of the Great Eastern Railway through the castle in 1867, the remains of the castle are now part of a local park and a scheduled monument and a grade 2 listed building.

How To Get To Clare Castle (Map):