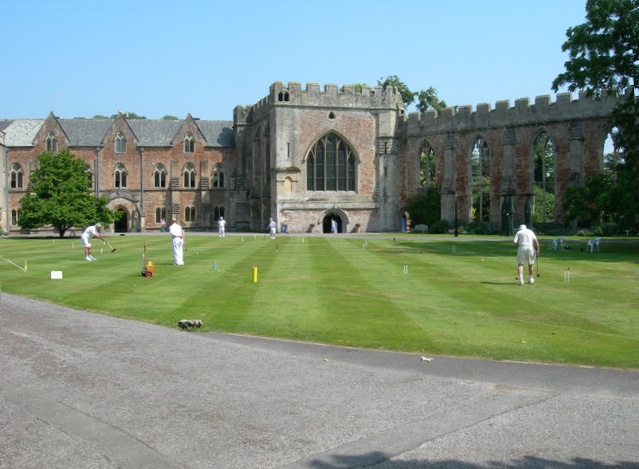 Location: Somerset, England.
Built: 13th-15th century.
Condition: Substantially intact.
Ownership / Access: Church of England. Historic house open to public.
Opening times: Check their website for more info.
Price of admission: Check their website for more info.
Notes: The Bishop's Palace and accompanying Bishops House at Wells in the English county of Somerset, is adjacent to Wells Cathedral and has been the home of the Bishops of the Diocese of Bath and Wells for 800 years. It has been designated by English Heritage as a Grade I listed building. Building of the palace started around 1210 by Bishops Jocelin of Wells and Reginald Fitz Jocelin. The chapel and great hall were added by Bishop Robert Burnell between 1275 and 1292. The walls, gatehouse and moat were added in the 14th century by Bishop Ralph of Shrewsbury. The Bishops House was added in the 15th century by Bishop Thomas Beckington. The great hall later fell into disrepair and was partially demolished around 1830. The palace was originally surrounded by a medieval deer park. When the walls were built, streams were diverted to form the moat as a reservoir. In the 1820s, the grounds within the walls were planted and laid out as pleasure grounds by Bishop George Law, who created a reflecting pond near the springs. Parts of the buildings are still used as a residence by the current bishop, however much of the palace is now used for public functions and as a tourist attraction.The palace now belongs to the Church Commissioners. The main palace is open to the public, including the chapel and a long gallery, although the Bishops House is still used as a residence and offices. There is a restaurant in the medieval undercroft. The palace is licenced for weddings and used for conferences and meetings. The croquet lawn in front of the palace is used on a regular basis. The palace was used as a location for some of the scenes in the 2007 British comedy Hot Fuzz. On 10 December 2013, it was announced that Peter Hancock would become Bishop of Bath and Wells in 2014. A few days earlier, the Church Commissioners had announced that the new bishop would work, but not live, in the Palace; it was later announced that he would instead live, at least temporarily, at The Old Rectory a few miles away at Croscombe. However that decision proved controversial. The Bishops' Council formally objected to the Commissioners' decision, and the matter was referred by the Archbishops' Council to a committee which, in May 2014, decided that the house in Croscombe was not suitable to be a see house, and that the bishop should remain living in the Palace.

How To Get To Wells Bishop's Palace (Map):