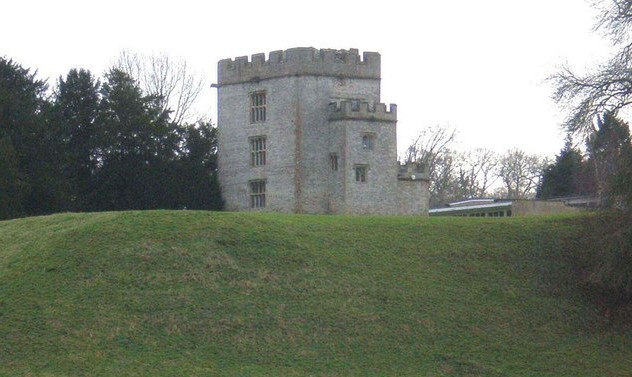 Location: Newton St Loe, Somerset, England.
Built: 14th century.
Condition: Fragment.
Ownership / Access: Bath Spa University.
Notes: Newton St Loe Castle was a fortified manor house in the village of Newton St Loe, Somerset, England. Newton St Loe Castle was originally built as a fortified manor house, probably in the 12th century, surrounded by Newton Park, then a medieval deer park. At the start of the 14th century, a keep was built on the site as part of a wider programme of work by the St Loe family, creating a rectangular, courtyard castle with four corner towers, protected by a ditch on three sides. In 1375 the site was inherited by Elizabeth, the last of the St Loe family, who married William, Baron Botreaux. Sir Walter Hungerford built a new gatehouse at the castle during the first half of the 15th century, which features turrets, machicolations and an early gunport. In the 19th century the castle and the surrounding park were heavily landscaped to produce the current country house and gardens; only the renovated keep and the gatehouse survive intact, although a nearby mound marks one of the corner towers of the 14th-century castle. Today the site is leased by Bath Spa University and both the keep and the gatehouse are scheduled monuments, holding a Grade 1 listed building status.