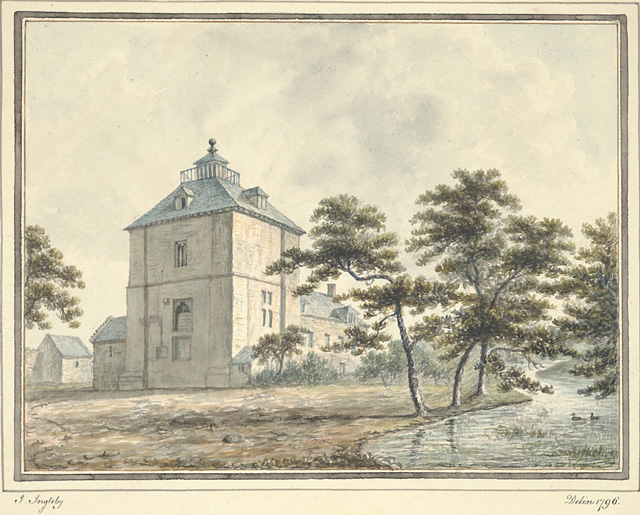 Location: Alberbury, Shropshire, England.
Built: 13th-14th century.
Condition: Fragment.
Ownership / Access: Private.
Notes: Wattlesborough Tower is a ruined fortified 13th century manor house or Tower House in Shropshire. It is situated close to the boundary with the Montgomeryshire in Wales. Wattlesborough is a former township within the present parish of Alberbury. The castle is a Grade 1 listed scheduled monument. The Tower comprises a square two storey tower above an undercroft surrounded by a moated enclosure with a fishpond.Leighton family inherited Wattlesborugh in 1471 and used as their chief residence until circa 1711. At that time an adjoining farm building was constructed and named Wattlesborough Hall. The manor of Wattlesborough was held by Edric before the Norman Conquest and by the time of the Domesday Book in 1086 it had passed to Roger Fitz Corbet and subsequently held as 1 Knight Fee by the successors of Roger as lords of Caus in Shropshire. Edward Blore gives the successon of Wattlesborough, from the Corbets, to the Mawdy in 1382 to 1414, to the De Burghs from 1414-1471 and from 1471 when it passed to the Leighton family. Blore thought that the Tower had been built by Roger Corbet in 1280, but this may be a little to early. The Leighton family lived at Wattlesborough until 1711, when they moved to nearby Loton. From then onwards Wattlesborough became a farmhouse. A John Leighton was MP for Shropshire in 1468 and he was followed by other members of the family who were also MP's for Shropshire.