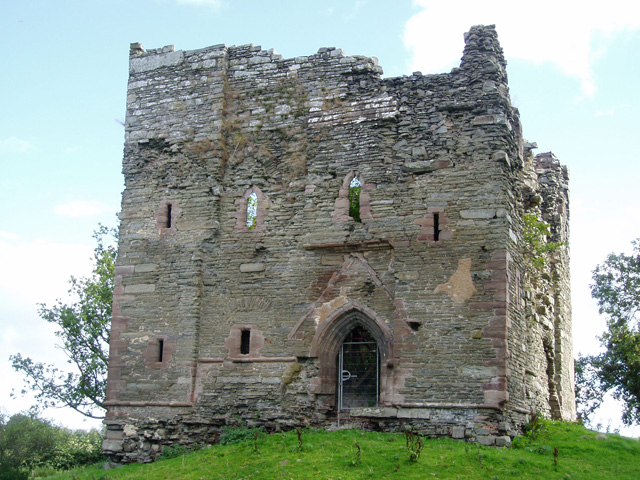 Location: Shropshire, England.
Built: 14th century.
Condition: Ruins.
Ownership / Access: Castle open to public.
Opening times: Check their website for more info.
Price of admission: Check their website for more info.
Notes: Hopton Castle is situated in the village of the same name which lies approximately half way between Knighton and Craven Arms, in the English county of Shropshire. Hopton Castle featured in the British TV series Time Team in 2010. A ruin since the early 18th century, it was partially restored between 2006 and 2011, and was officially re-opened to the public as a visitor attraction in December 2011 by the Duke of Gloucester. The conservation and repair of the ruin, funded principally by The Heritage Lottery Fund and English Heritage was the culmination of many years of campaigning and fund raising on the part of the new owners, The Hopton Castle Preservation Trust. The works entailed significant structural stabilisation and rebuilding of the masonry and conservation of surviving medieval plaster. During this time a sophisticated and possibly unique garderobe chamber was revealed. As a result of evidence discovered within this chamber it is now believed that a siege breach may have taken place here.

How To Get To Hopton Castle (Map):