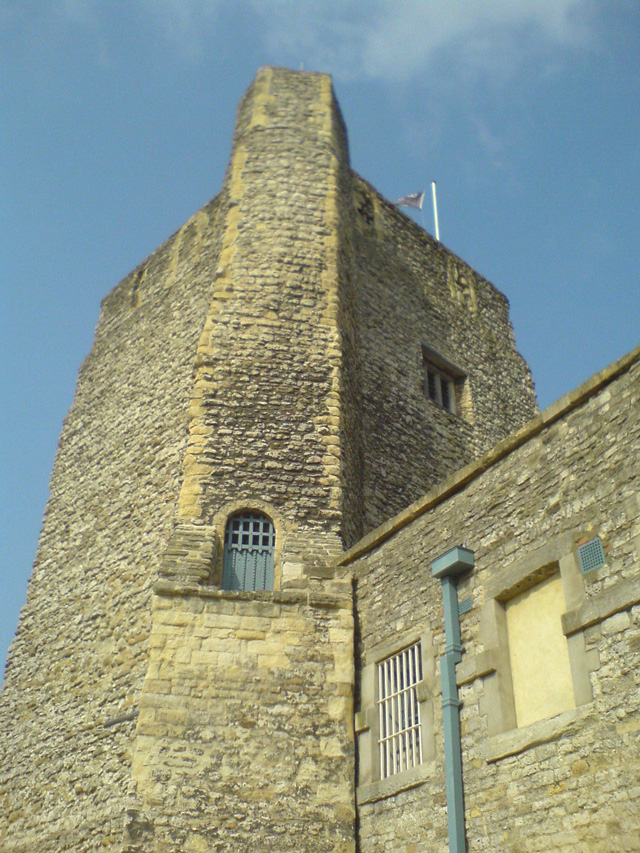 Location: Oxford, Oxfordshire, England.
Built: 11th-12th century.
Condition: Fragment.
Ownership / Access: Hotel.
Notes: Oxford Castle is a large, partly ruined Norman medieval castle on the western side of central Oxford in Oxfordshire, England. Most of the original moated, wooden motte and bailey castle was replaced in stone in the 11th century and played an important role in the conflict of the Anarchy. In the 14th century the military value of the castle diminished and the site became used primarily for county administration and as a prison. Most of the castle was destroyed in the English Civil War and by the 18th century the remaining buildings had become Oxford's local prison. A new prison complex was built on the site from 1785 onwards and expanded in 1876; this became HM Prison Oxford. The prison closed in 1996 and was redeveloped as a hotel. The medieval remains of the castle, including the motte and St George's Tower and crypt, are Grade I listed buildings and a Scheduled Monument.

How To Get To Oxford Castle (Map):