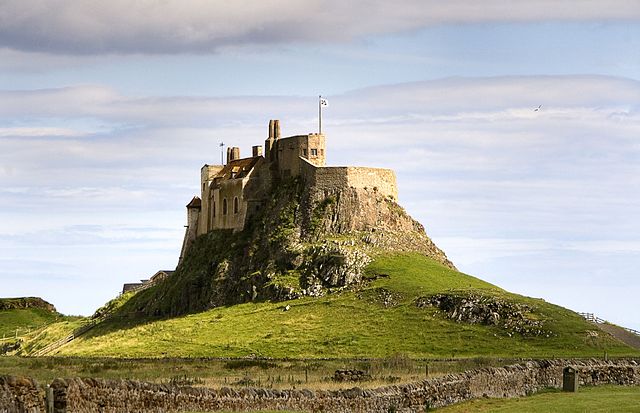 Location: Berwick-upon-Tweed, Northumberland, England.
Built: 16th century.
Condition: Restored.
Ownership / Access: National Trust.
Opening times: Check their website for more info.
Price of admission: Check their website for more info.
Notes: Lindisfarne Castle is a 16th-century castle located on Holy Island, near Berwick-upon-Tweed, Northumberland, England, much altered by Sir Edwin Lutyens in 1901. The island is accessible from the mainland at low tide by means of a causeway. The castle is located in what was once the very volatile border area between England and Scotland. Not only did the English and Scots fight, but the area was frequently attacked by Vikings. The castle was built in 1550, around the time that Lindisfarne Priory went out of use, and stones from the priory were used as building material. It is very small by the usual standards, and was more of a fort. The castle sits on the highest point of the island, a whinstone hill called Beblowe. The castle, garden and nearby lime kilns have been in the care of the National Trust since 1944 and are open to visitors.

How To Get To Lindisfarne Castle (Map):