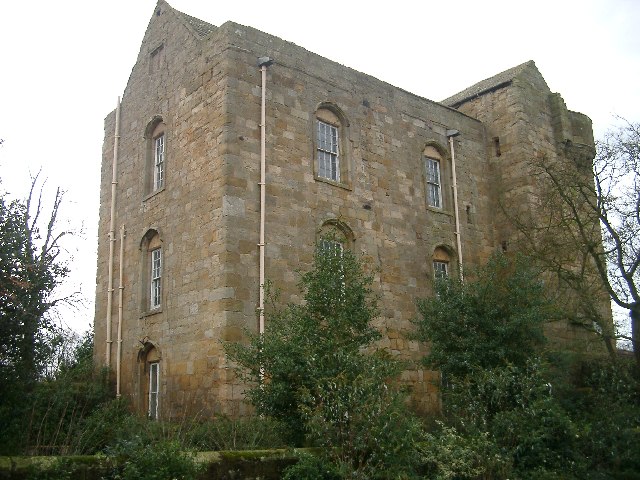 Location: Cockle Park, Northumberland, England.
Built: c. 1517.
Condition: Substantially intact.
Ownership / Access: Newcastle University.
Notes: Cocklepark Tower is in the hamlet of Cockle Park, Northumberland, England some 4 miles (6 km) to the north of Morpeth. This was a three storied tower-house which was built in the 15th century. It was later extended by the addition of a domestic building. It was in use until recently[when?] but it is now [clarification needed] unsafe. The University of Newcastle is planning to develop this building as part of the overall development of Cockle Park farm into the Centre for Renewable Energy from Land (CREEL).