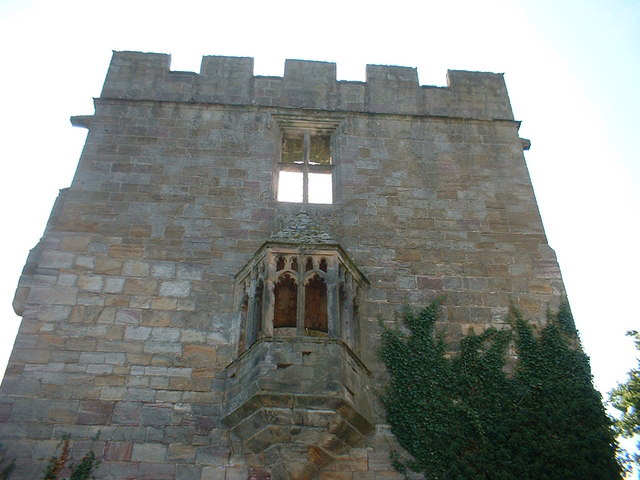 Location: West Tanfield, North Yorkshire, England.
Built: 15th century.
Condition: Fragment.
Ownership / Access: English Heritage.
Opening times: Check their website for more info.
Price of admission: Check their website for more info.
Notes: Marmion Tower is a 15th century gatehouse near to the village of West Tanfield in North Yorkshire, England.It was the entrance to and formerly adjoined to a now vanished manor house by the River Ure, owned by the Marmion family from which the gatehouse gets its name. John Marmion (a great grandson of King John) was originally given license to crenellate his mansion called the "Hermitage" (but thought to have later become known as "Tanfield Castle") in his wood at Tanfield on 24 Sep 1314. His son's widow Maud was again given license to crenellate it in 1348 but there are doubts as to whether it ever became anything larger than a fortified manor house. The entry in Domesday Book records that the manor at West Tanfield was held in 1086 by Count Alan of Richmond Castle. The Marmion family owned the manor for much of the 13th and 14th centuries, but the gatehouse dates from the 15th century. It was probably built by their descendant William Fitz Hugh, who died in 1452. The tower has three levels and is built in stone. The gateway is barrel vaulted and has a guardroom to the south. The stair leads to the rooms above and ends in a turret above the battlements. It is noted for its well preserved oriel window on the first floor and other features include the garderobe (latrine) and a porter's "squint". The tower is now under the care of English Heritage.

How To Get To Marmion Tower (Map):