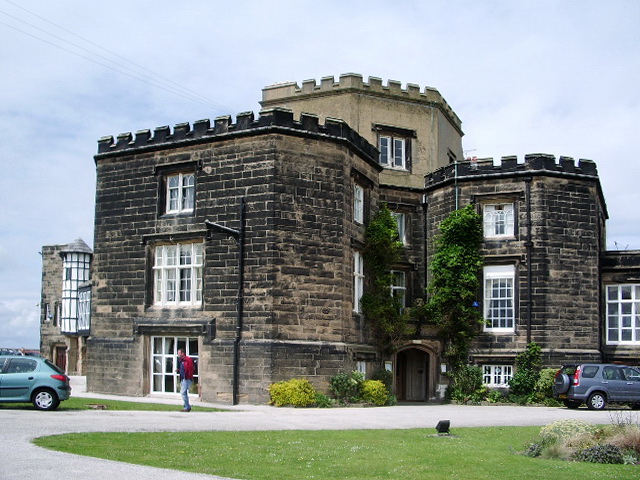 Location: Metropolitan Borough of Wirral, Merseyside, England.
Built: 16th-19th century.
Condition: Intact.
Ownership / Access: Hotel.
Opening times: Check their website for more info.
Price of admission: Check their website for more info.
Notes: Leasowe Castle was built by Ferdinando Stanley, 5th Earl of Derby a patron of Shakespeare in 1593, possibly (though this is disputed) as an observation platform for the Wallasey races which took place on the sands in the 16th and 17th centuries, and which are regarded as a forerunner of the Derby races. Ferdinando's brother William, the 6th Earl, was described as a noted sportsman and is remembered as a keen supporter of the Wallasey races. At first the castle consisted only of an octagonal tower. This had become disused by 1700, and it became known as "Mockbeggar Hall", a term often used for an ornate but derelict building. The term "Mockbeggar Wharf" is still used for the adjoining foreshore. The "Mockbeggar Hall" is also the name of a Wetherspoons pub in neighbouring Moreton. In 1821 ownership passed to the Cust family. After 1826 the building was used as a hotel for some years. The ceiling of the Star Chamber at the Palace of Westminster was brought to the castle in 1836 along with panelling and other furnishings after the old exchequer buildings were demolished. The Star Chamber was so called because the ceiling was decorated with bright stars. The ceiling and four tapestries depicting the four seasons still remain. Oak panelling from the Star Chamber and some made from the submerged forest along the coast were also installed. However the oak panels were removed in 1893. Between 1911 and 1970, it became a railway convalescent home, and between 1974 and 1980 it was owned by Wirral Borough Council. It then became a hotel again, and was acquired by Lawton Hotels Ltd in 2000. The hotel is now a popular venue for weddings and other family functions, with around 50 bedrooms.

How To Get To Leasowe Castle (Map):