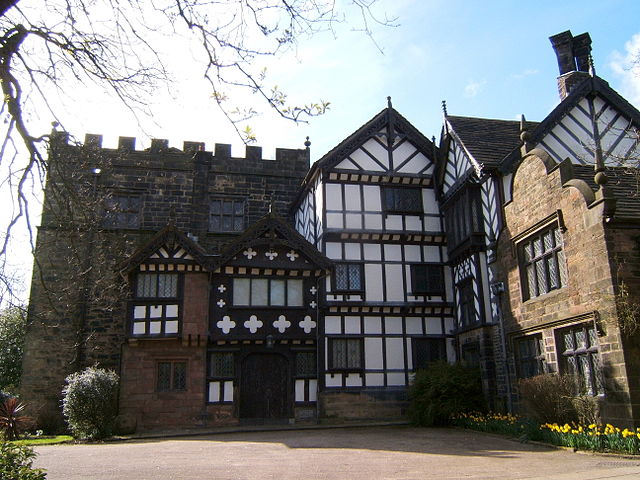 Location: Borough of Blackburn with Darwen, Lancashire, England.
Built: 15th century.
Condition: Intact.
Ownership / Access: Historic House, Open to public.
Notes: Turton Tower is a manor house in Chapeltown in North Turton, Borough of Blackburn with Darwen, Lancashire, England. It is a scheduled ancient monument and a grade I listed building. It was built in the late Middle Ages as a two storey stone pele tower which was altered and enlarged mainly in late 16th century. It is built on high ground 600 feet above sea level about four miles north of Bolton. William Camden described it as being built "amongst precipices and wastes." A north wing and additions were made during the reign of Queen Elizabeth I and alterations were made during the early years of Queen Victoria.