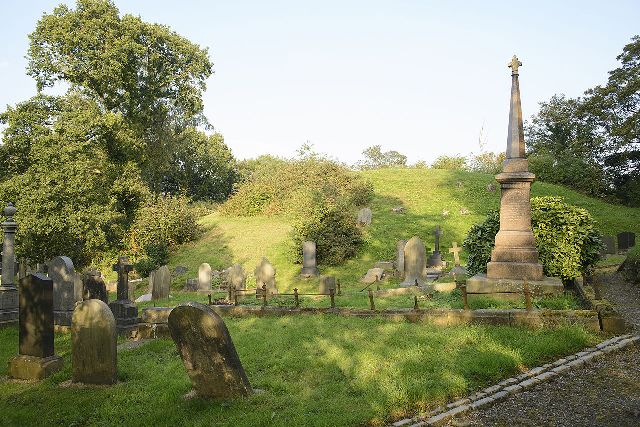 Location: Penwortham, Lancashire, England.
Built: Medieval.
Condition: Motte.
Ownership / Access: --
Notes: Penwortham Castle was built on the south bank of the River Ribble, at Penwortham to the west of Preston, Lancashire, England, at grid reference SD524291. The site is a Scheduled Ancient Monument. It was built shortly after the Norman conquest as a motte castle by Roger of Poitou. It served to guard the estuary of the river and a ford crossing it. When Roger built Lancaster Castle, Penwortham declined in importance. Now only the mound remains.