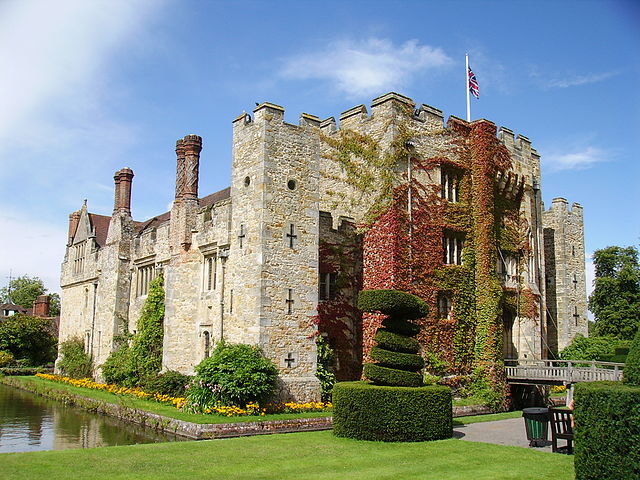 Location: Hever, Edenbridge, Kent, England.
Built: 14th century.
Condition: Restored.
Ownership / Access: Historic House open to the public.
Opening times: Check their website for more info.
Price of admission: Check their website for more info.
Notes: Hever Castle is located in the village of Hever, Kent, near Edenbridge, 30 miles (48 km) south-east of London, England. It began as a country house, built in the 13th century. From 1462 to 1539 it was the seat of the Boleyn, originally 'Bullen', family. Anne Boleyn, the second queen consort of King Henry VIII of England, spent her early youth there, after her father, Thomas Boleyn had inherited it in 1505. He had been born there in 1477, and the castle passed to him upon the death of his father, Sir William Boleyn. It later came into the possession of King Henry's fourth wife, Anne of Cleves. In the 21st century the castle is a tourist attraction.

How To Get To Hever Castle (Map):