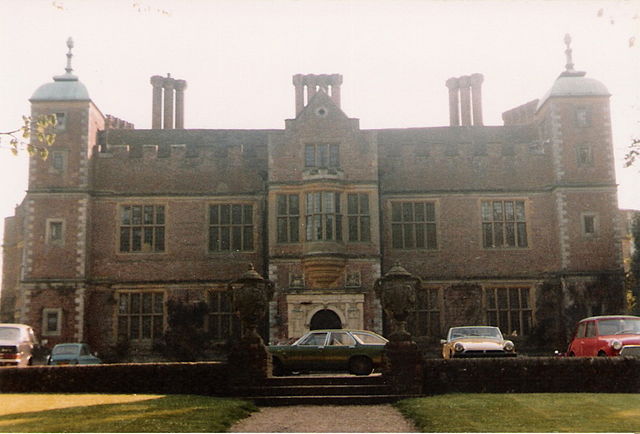 Location: Chilham, Kent, England.
Built: 11th-14th century.
Condition: Intact.
Ownership / Access: Private, grounds open under the National Gardens Scheme.
Opening times: Check their website for more info.
Price of admission: Check their website for more info.
Notes: Chilham Castle is a manor house and keep in the village of Chilham, between Ashford and Canterbury in the county of Kent, England. The site now hosts the Chilham Park Equestrian Centre. In 1965 it was used for part of the filming of The Amorous Adventures of Moll Flanders starring Kim Novak, Leo McKern and Angela Lansbury. In 1985 Chilham Castle featured in an episode of 1980s police drama Dempsey & Makepeace as Makepeace's family home (filmed summer 1984). The episode was titled 'Cry God For Harry' and most of the hour long episode was filmed in the castle and its grounds. It also featured in the first episode in 1989 of the ITV adventure game show Interceptor produced by Chatsworth Television who were responsible for the earlier Treasure Hunt series. A medieval joust was being held there and a contestant was required to take part in order to progress further in the show. In 1994, the castle featured in an episode of Agatha Christie's Poirot (ITV), as Simeon Lee's manor house Gorston Hall. It was also used in the TV film, "The Moving Finger" (Miss Marple) as the magnificent home of Cardew Pye - a character. The entire village also features.

How To Get To Chilham Castle (Map):