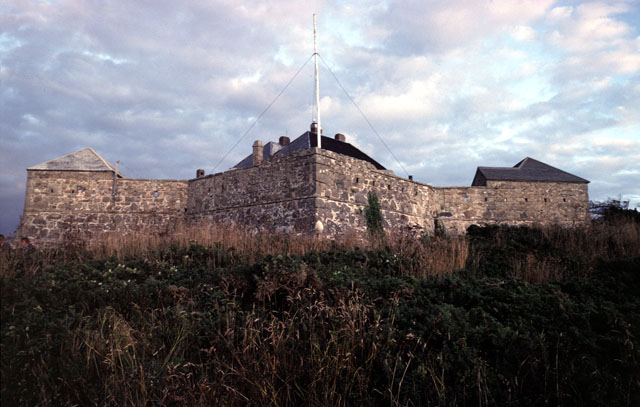 Location: St Mary's, Isles of Scilly, England.
Built: 1593.
Condition: Intact.
Ownership / Access: Hotel.
Opening times: Check their website for more info.
Price of admission: Check their website for more info.
Notes: Star Castle is a fortress on St Mary's, Isles of Scilly, built in 1593 by Robert Adams, Surveyor of the Royal Works (d.1595) and Francis Godolphin, Captain of the Scilly Isles, during the "Spanish invasion scare." The Star Castle was built in 1593 by the Surveyor of the Royal Works and mapmaker Robert Adams, under the direction of Francis Godolphin, Captain of the Scilly Isles, following the Spanish Armada of 1588. Fearing another Spanish invasion, in May 1593 Queen Elizabeth I ordered the construction of a fort and two sconces as a lookout for any intruder ships. In 1740 Master Gunner Abraham Tovey transformed the Garrison building walls with gun batteries, including Colonel Boscawen's Battery,in a circular shape following the coast line of The Hoe. Star Castle is now a hotel. It is now used as a hotel. Much of the Aaron Elkins novel Unnatural Selection (2006) takes place in and around the Castle..

How To Get To Star Castle (Map):