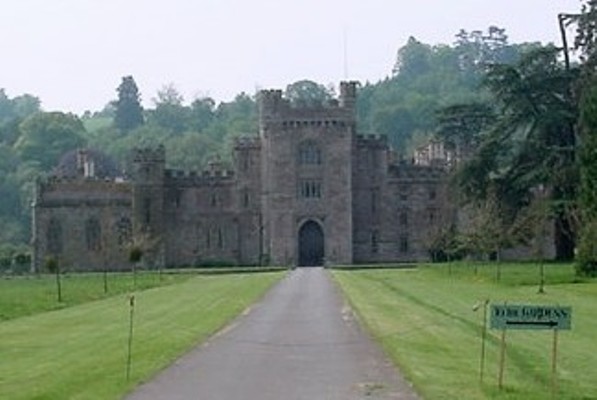 Location: Herefordshire, England.
Built: 1427.
Condition: Intact.
Ownership / Access: Historic House open to the public.
Opening times: Check their website for more info.
Price of admission: Check their website for more info.
Notes: Hampton Court is a castellated country house in the English county of Herefordshire. The house is located in the village of Hope under Dinmore, near Leominster and is a Grade I listed building. Hampton Court dates from 1427, when a Sir Rowland Lenthall built the original house on an estate which had been granted to him some years previously by King Henry IV on the occasion of his marriage to the king's cousin Margaret Fitzalan, a daughter of the Earl of Arundel. Sir Rowland's house was a quadrangular courtyard house, and despite numerous alterations over the centuries the house has retained this basic form.

How To Get To Hampton Court (Map):