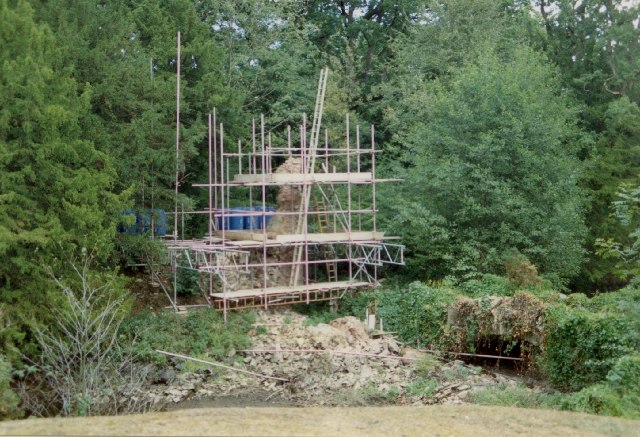 Location: Eastnor, Herefordshire, England.
Built: --
Condition: Ruins.
Ownership / Access: --
Notes: Bronsil Castle was a fortified manor house about 1 mile (1.6 km) to the east of Eastnor in Herefordshire, England near Ledbury (grid reference SO749372). The first record of Bronsil Castle is around 1240 but no description of the structure at that time is given. In 1449 and again in 1460 Richard Beauchamp, Treasurer to Henry VI, was given licence to crenellate his house on the site. In 1644 during the Civil War it was taken by the Roundheads and then burnt. Today little remains except for remains of the tower and part of this collapsed in 1990.