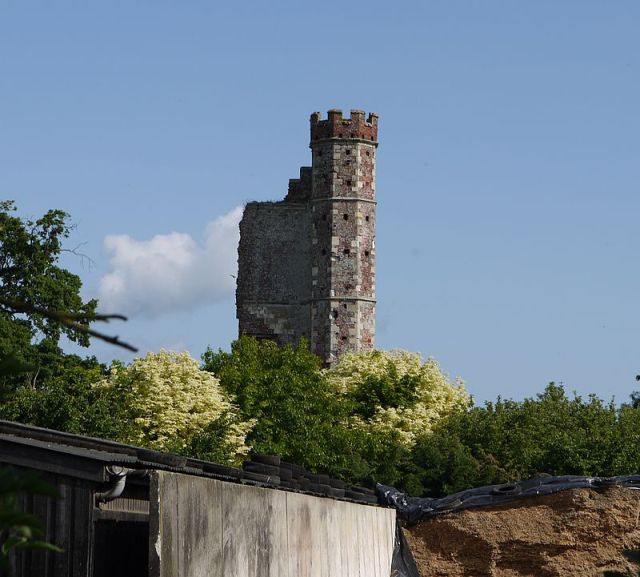 Part of the remains of Warblington Castle - Geni - Photo by user:geni - Wikipedia - lic. under GFDL

Location: Langstone, Hampshire, England.
Built: --
Condition: Ruined.
Ownership / Access: --
Notes: Warblington Castle or Warblington manor was a moated manor near Langstone in Hampshire that today consists of little more than one turret, part of the old gatehouse. In January 1643 Parliamentarians under Colonel Norton garrisoned the house with a force of between 40 and 80 men. It was besieged and taken by Lord Hopton although Colonel Norton managed to escape. The Cotton family were Royalists which resulted in the manor being largely demolished by Parliamentarian forces. One turret of the gatehouse was left as an aid to navigation for ships in Langstone channel. The turret is octagonal in form and four stories in height. It is largely built from brick with stone dressing and battlements. Today, the turret, the arch of the gate and the drawbridge support in the moat still survive. The land the remains stand on is private property. The site is a grade II* listed building and a scheduled monument.