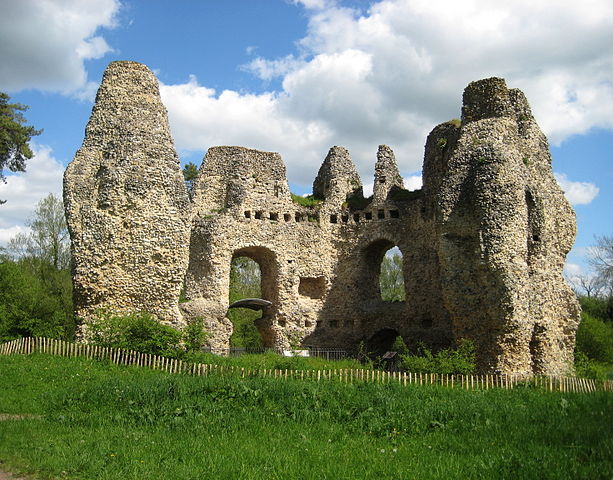 Location: Odiham, Hampshire, England.
Built: Early 13th century.
Condition: Fragmentary ruins.
Ownership / Access: Local authority. Castle open to the public.
Opening times: Check their website for more info.
Price of admission: Check their website for more info.
Notes: Odiham Castle (also known locally as King John's Castle) is a ruined castle situated near Odiham in Hampshire, United Kingdom. It is one of only three fortresses built by King John during his reign. The site was possibly chosen by King John because he had visited the area in 1204 and it lay halfway between Windsor and Winchester. Odiham Castle is open to the public. The only visible remains are part of the octagonal keep and outlying earthworks. In September 2007 Hampshire County Council undertook a restoration of the shell keep under guidance from English Heritage. The most southerly corner of the moat survives in the form of a small overgrown pond on the opposite side of the canal from the rest of the castle. Two series of archaeological excavations have been carried out at the castle, one in 1953 reported in a local newspaper, and the other between 1981-1985, carried out by Hampshire County Council Museum Services.

How To Get To Odiham Castle (Map):