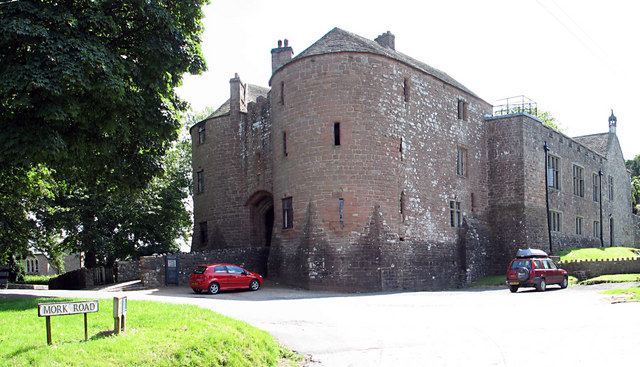 Location: St Briavels, Gloucestershire, England.
Built: 13th century.
Condition: Habitable.
Ownership / Access: English Heritage. Open to Public.
Opening Times: Check their website for more info.
Price of Admission: Check their website for more info.
Notes: St Briavels Castle is a moated Norman castle at St Briavels in the English county of Gloucestershire. The castle is noted for its huge Edwardian gatehouse that guards the entrance. St Briavels Castle was originally built between 1075 and 1129 as a royal administrative centre for the Forest of Dean. During the 13th century the castle became first a favourite hunting lodge of King John, and then the primary centre in England for the manufacture of quarrels, large numbers of which were required for crossbows in medieval warfare. The castle was transferred many times between royal favourites in the 14th and 15th centuries and slowly declined in appearance and importance. St Briavels Castle became used primarily as a court and as a notorious debtors' prison, conditions being documented by the prison reformer John Howard in 1775. Following local riots and a parliamentary investigation in the 1830s, reforms in the 19th century brought an end to the castle's use as a prison. Extensive renovation at the turn of the 20th century allowed St Briavels Castle to be taken over as a Youth Hostel in 1948. It remains in this role today, owned by English Heritage and open to the public. The castle is classed as a Grade I listed building and as a Scheduled Monument.

How To Get To St Briavels Castle (Map):