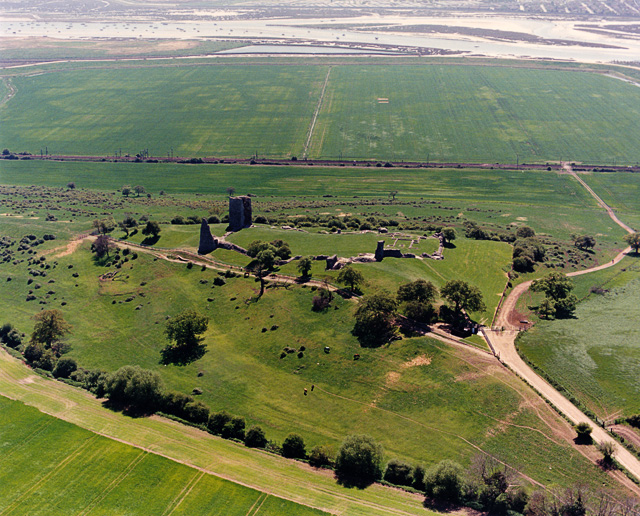 Location: Hadleigh, Essex, England.
Built: 13th-14th century.
Condition: Fragmentary remains.
Ownership / Access: English Heritage.
Opening Times: Check their website for more info.
Price of Admission: Check their website for more info.
Notes: Hadleigh Castle in the English county of Essex overlooks the Thames estuary from a ridge to the south of the town of Hadleigh. Built after 1215 during the reign of Henry III by Hubert de Burgh, the castle was surrounded by parkland and had an important economic, as well as defensive role. Hadleigh was significantly expanded and remodelled by Edward III, who turned it into a grander property, designed to defend against potential French attack as well as provide the King with a convenient private residence close to London. Built on a geologically unstable hill of London clay, the castle has often been subject to subsidence; this, combined with the sale of its stonework in the 16th century, has led to it now being ruined. The remains are now preserved by English Heritage and protected under UK law as a Grade I listed building and scheduled monument.

How To Get To Hadleigh Castle (Map):