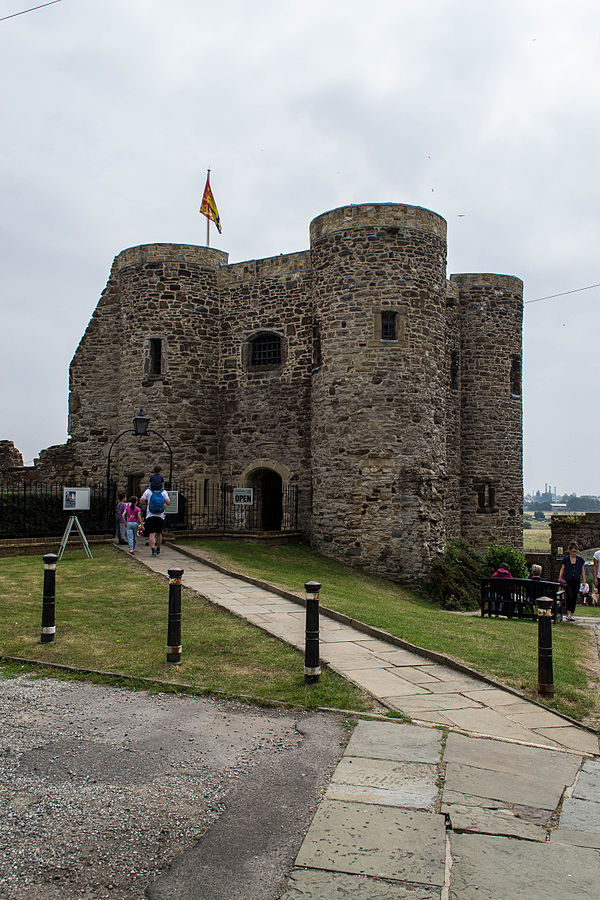 Location: Rye, East Sussex, England.
Built: c. 1250
Condition: Intact.
Ownership / Access: Museum.
Opening Times: Check their website for more info.
Price of Admission: Check their website for more info.
Notes: Rye Castle, also known as Ypres Tower, was built in 1249, and is situated in Rye, East Sussex, England. It was Henry III who gave permission for the castle to be built as part of the defence against the frequent raids by the French. At the time, the coast was under constant threat from the French, who were warring with England. As one of the cinque ports towns, Rye was given privileges in exchange for its support, and the defensive structure of Ypres Tower provided this support. Ypres Tower is one of two sites of Rye Castle Museum and is a grade I listed building. Exhibits in the tower include locally-made medieval pottery, an embroidery depicting many aspects of Rye life and history, medieval artifacts, activities and town maps. The East Street Site, a former brewer's bottling factory, is the main exhibit area for the Rye Castle Museum. Opened in 1999, the local history exhibits include fire fighting equipment, trade changes caused by the sea's retreat, maritime history and shipbuilding, antique toys and games, photos, town seals, and archaeological artifacts.

How To Get To Rye Castle (Map):