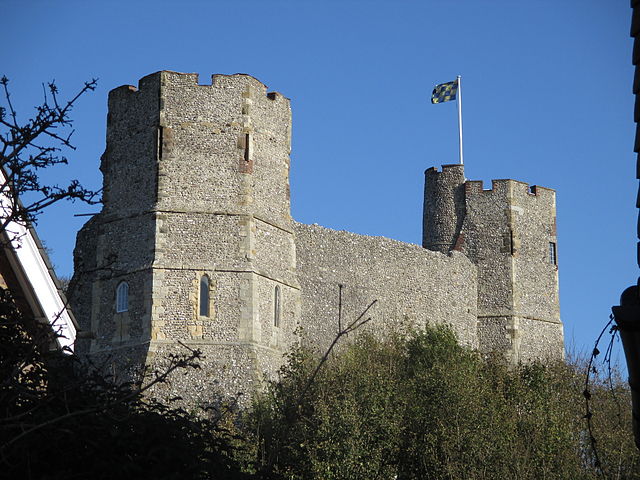 Location: Lewes, East Sussex, England.
Built: 12th-14th century.
Condition: Ruins.
Ownership / Access: English Heritage. Open to the public.
Opening Times: Check their website for more info.
Price of Admission: Check their website for more info.
Notes: Lewes Castle stands at the highest point of Lewes, East Sussex, England on an artificial mound constructed with chalk blocks. It was originally called Bray Castle. The first fortification on the site was a wooden keep, later converted to stone. It is unusual for a motte and bailey construction in that it has two mottes. It is one of only two such remaining in the country, the other being Lincoln. The Barbican is a particularly fine example of its type. Lewes Castle was built in 1069[citation needed] by William de Warenne, 1st Earl of Surrey, the son-in-law of William the Conqueror. William de Warenne and his descendants also had estates and built castles in Reigate, Surrey (Reigate Castle) and in Yorkshire (Sandal Castle and Conisbrough Castle) and Castle Acre, Norfolk . When the last of the Warennes John, the 7th Earl died without issue in 1347, he was buried in Lewes Priory. His title passed to his nephew Richard Fitzalan who was also Earl of Arundel.The castle was leased by Sussex Archaeological Society from 1850 not long after its foundation in 1846 as both exhibition space and attraction, although houses in the precincts remain privately owned. 'Sussex Past', an operational name for the Sussex Archaeological Society now owns the castle after it having been gifted by Mr (later Sir) Charles Thomas-Stanford in 1922. Tickets are sold from Barbican House which is just opposite the entrance gate, and include access to the Barbican House Museum of Sussex archaeology and the Town Model, both located there. Barbican House also has a gift shop, bookshop and library for members of the archaeological society. Various events take place at the castle, including two plays annually, children's parties and weddings. It is a prominent feature of the town, situated close to the High Street and visible from much of the surrounding residential areas. The castle is currently open to visitors.

How To Get To Lewes Castle (Map):