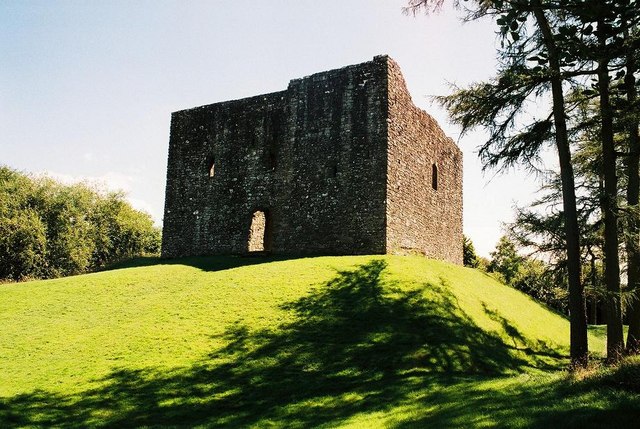 Location: Lydford, Devon, England.
Built: 12th-13th century.
Condition: Ruins.
Ownership / Access: English Heritage. Open to Public.
Opening Times: Check their website for more info.
Price of Admission: Check their website for more info.
Notes: Lydford Castle is a medieval castle in the town of Lydford, Devon, England. The first castle in Lydford, sometimes termed the Norman fort, was a small ringwork built in a corner of the Anglo-Saxon fortified burh in the years after the Norman conquest of England. It was intended to help control Devon following the widespread revolt against Norman rule in 1068. The Norman fort was abandoned by the middle of the 12th century. The second castle in Lydford was constructed in 1195 following a wave of law and order problems across England. It included a stone tower with a surrounding bailey, and rapidly became used as a prison and court to administer the laws in the Forest of Dartmoor and the Devon stannaries. The tower was rebuilt in the middle of the 13th century, probably in the 1260s by Richard, the Earl of Cornwall. It was redesigned to resemble a motte and bailey castle, an antiquated design for the period but one that was heavily symbolic of authority and power. In 1342 the castle, still being used as a prison and courtroom, passed to the Duchy of Cornwall, who owned it until the 20th century. The condition of the castle varied considerably over time, and was repeatedly renovated and then left to deteriorate once again. Nonetheless, other than a period during the English Civil War and the Restoration in the 17th century, Lydford Castle played an important part in stannary and forest administration until the 19th century. The castle acquired a bad reputation for injustice in the 14th century, and complaints about "Lydford Law" persisted for centuries. In the early 19th century, however, Dartmoor Prison was constructed, and Lydford ceased to be the centre for legal administration. The castle fell into ruin by the middle of the century. In 1932, Lydford Castle passed into the hands of the state, and in the 21st century is run by English Heritage as a tourist attraction. Historian Andrew Saunders has described the castle as architecturally significant, being "the earliest example of a purpose-built gaol" in England.[1] The earthworks of the Norman fort are owned by the National Trust and are also open to the public.

How To Get To Lydford Castle (Map):