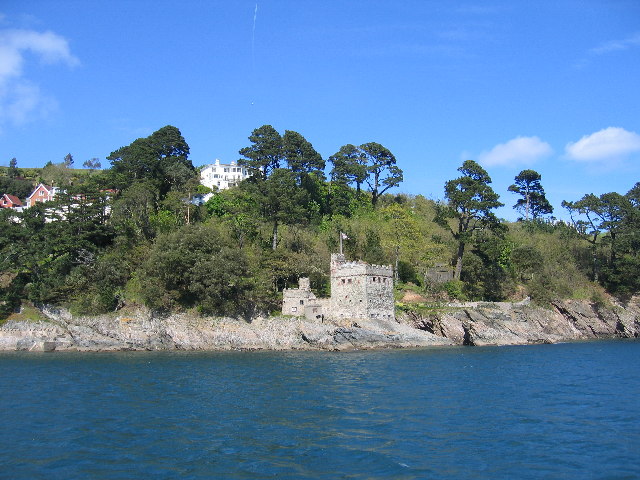 Location: Devon, England.
Built: 1491-1502.
Condition: Intact..
Ownership / Access: Landmark Trust.
Opening Times: Not open to public.
Notes: Kingswear Castle was built between 1491 and 1502 as a coastal artillery tower for use with heavy cannon. It is located in Devon, England. Owing to the limited range of cannon at the time, the fort at Kingswear was designed to work alongside Dartmouth Castle on the opposite bank, so that between them they could provide complete cover of the narrow entrance through the Dart Estuary into Dartmouth Harbour. As gun technology improved and the range of the weapons increased, new gun emplacements were added to Dartmouth Castle, aiming further out towards the estuary mouth. This led to a decline in the defensive role of Kingswear Castle. Unlike Dartmouth Castle, Kingswear Castle is owned by the Landmark Trust, and is not generally accessible to the public.

How To Get To Kingswear Castle (Map):