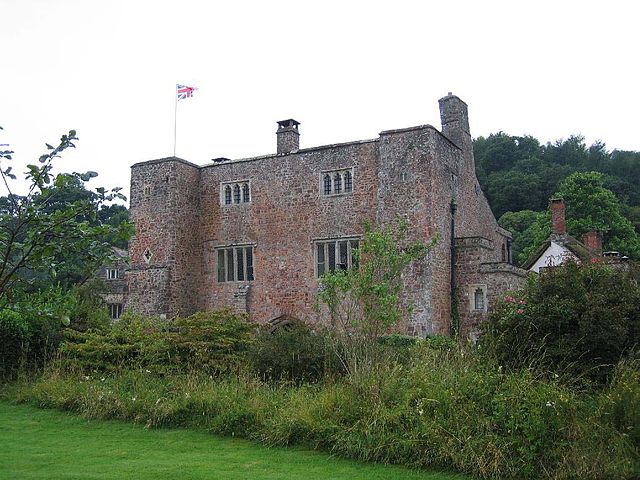 Location: Bickleigh, Devon, England.
Built: 15th century.
Condition: Restored.
Ownership / Access: Wedding venue.
Opening Times: Check their website for more info.
Price of Admission: Check their website for more info.
Notes: Bickleigh Castle is a fortified manor house that stands on the banks of the River Exe at Bickleigh in Devon, England (grid reference SS937068). Once considerably larger, Bickleigh now comprises a group of buildings from various periods. A Norman motte castle of the late 11th or early 12th century was dismantled in the mid 12th century. During this time a small stone chapel was built in the bailey. In the 15th century the Courtney family built a mansion on the site and incorporated some of the earlier buildings. The Carew family then lived there for over two centuries. During the English Civil War Charles I's queen, Henrietta Maria stayed in the castle until word was received that Fairfax's Parliamentarian troops were approaching, following which she fled to France. The bulk of the castellated structure was then demolished by Parliamentarian troops. The 'slighting' of Bickleigh was a response to the Royalist sympathies of the Carew family and its use as a stronghold during the conflict. The castle still contains a portrait believed to be Henrietta Maria. Following the Restoration, a typical Devon farmhouse of cob and thatch was added. The buildings subsequently fell into disrepair, and became a farm store and cottage until they were restored early in the 20th century. The Norman chapel and a 14th-century gatehouse still exist.

How To Get To Bickleigh Castle (Map):