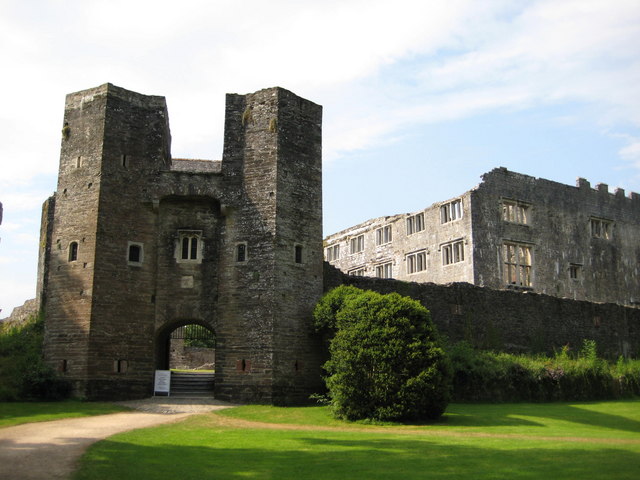 Location: Totnes, Devon, England.
Built: 15th century.
Condition: Ruins.
Ownership / Access: English Heritage.
Opening Times: Check their website for more info.
Price of Admission: Not free. Check their website for more info.
Notes: Berry Pomeroy Castle, a Tudor mansion within the walls of an earlier castle, is near the village of Berry Pomeroy, in South Devon, England. It was built in the late 15th century by the Pomeroy family which had held the land since the 11th century. By 1547 the family was in financial difficulties and sold the lands to Edward Seymour, 1st Duke of Somerset. Apart from a short period of forfeit to the Crown after Edward's execution, the castle has remained in the Seymour family ever since, although it was abandoned in the late 17th century when the fourth baronet moved to Wiltshire. After lying in ruins for a hundred years, in the 19th century the castle became celebrated as an example of the "picturesque", and it became a popular tourist attraction, a status which it retains today aided by its reputation of being haunted. Between 1980 and 1996 the castle was subjected to extensive archaeological excavations that clarified much of its history and overturned previously held beliefs regarding its age and cause of destruction.

How To Get To Berry Pomeroy Castle (Map):