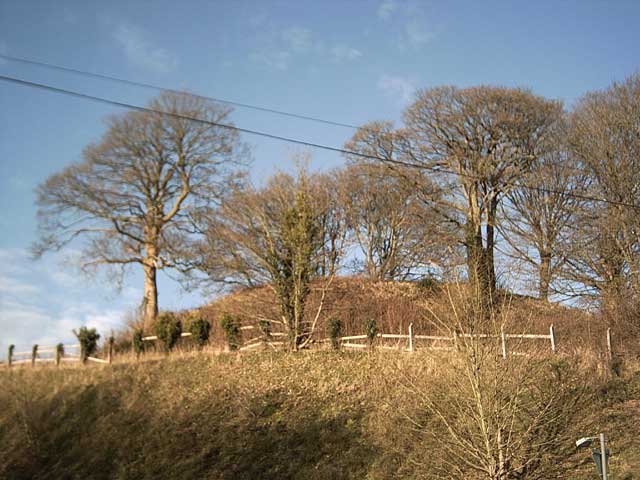 Location: Bampton, Devon, England.
Built: 1067.
Condition: Remains of motte.
Ownership / Access: --
Notes: Bampton Castle in the parish of Bampton, Devon was the seat of the feudal barony of Bampton. In Saxon times a defensive mound was built. On this mound the Normans built a wooden castle about 1067 to consolidate their land gains during the Norman Conquest of England following the Battle of Hastings of 1066. In 1136 it was besieged by King Stephen and the fortifications were burnt down. Later, a stone mansion was built on the motte, and in 1336 the lord of the manor, Richard Cogan, obtained a royal licence to crenellate it and surround it with a stone and mortar wall. It is believed that in 1607 part of the building fell down due to an earthquake. Since then the stonework has all been removed but the motte survives as a prominent mound on the outskirts of the village.