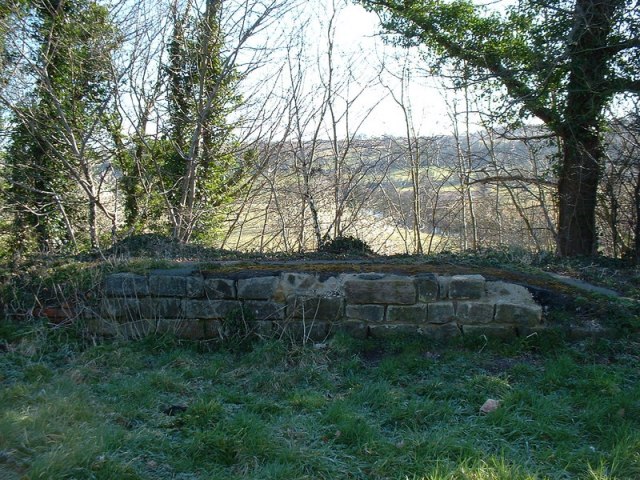 Location: Duffield, Derbyshire, England.
Built: --
Condition: Stonework.
Ownership / Access: --
Notes: Duffield Castle was a Norman Castle in Duffield, Derbyshire. The site is a Scheduled Ancient Monument. It was on a rocky promontory facing the river, easily defended, though it is debatable whether it was inhabited in prehistoric times. It is also controversial whether the Romans maintained a military presence to protect the ford, nearby, across which the convoys of lead from Lutudarum (possibly Wirksworth) joined Rykneld Street at Derventio (now part of Derby), en route for the North Sea ports. Remains, however, that appear to be of Anglo-Saxon origin, have been found, suggesting occupation by persons of some position, possibly a Saxon Thane of the name of Siward, or his relatives. Considerable amounts of Roman or Romano-British pottery have also been found, including roof tiles of Roman pattern. Some of the artefacts that were discovered were lodged with the Derby Museum, while others were kept in the Parish Room; many have disappeared.