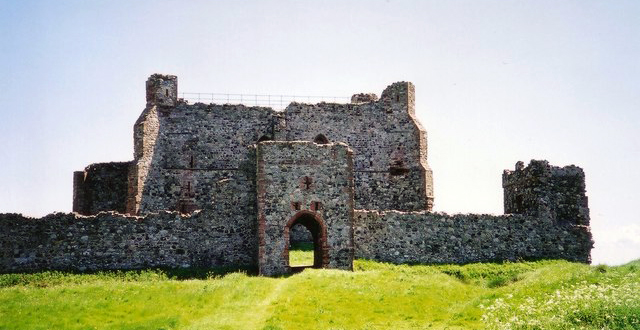 Location: Furness Peninsula, England.
Built: 14th-15th century.
Condition: Ruins.
Ownership / Access: English Heritage.
Opening times: Check their website for more info.
Price of admission: Check their website for Admission prices.
Notes: Piel Castle, also known as Fouldry Castle or the Pile of Fouldray, is a castle situated on the south-eastern point of Piel Island, off the coast of the Furness Peninsula in north-west England. Built in the early-14th century by John Cockerham, the Abbot of neighbouring Furness Abbey, it was intended to oversea the trade through the local harbour and to protect against Scottish raids. The castle was built using stones from the local beach, and featured a large keep with surrounding inner and outer baileys. It was used as a base by the Yorkist pretender Lambert Simnel in 1487, but by 1534 it had fallen into ruin and passed into the hands of the Crown. Sea erosion began to cause significant damage to the castle in the early 19th century. In the 1870s the castle's owner, the Duke of Buccleuch, carried out extensive restoration work and erected outworks to protect it against further damage from the sea. In 1920 the castle was given to the town of Barrow-in-Furness and is now in the care of English Heritage.

How To Get To Piel Castle (Map):