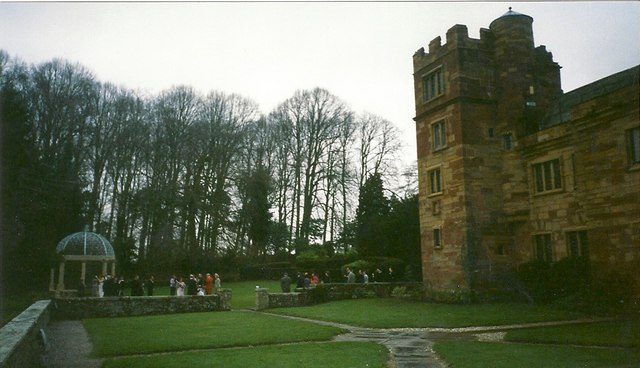 Location: Dalston, Cumbria, England.
Built: 15th century
Condition: Intact
Ownership / Access: Used as a Hotel.
Price of Admission: ?
Notes: Dalston Hall is a fortified country house at Dalston in Cumbria. It is a Grade II* listed building.The house was built around 1500 by John Dalston and incorporated a Peel tower and a baronial hall. An inscription below the parapet says JOHN DALLSTON ELSABET MI WYF MAD YS BYLDYNG. A west wing was added in 1556. The house remained in the possession of the Dalston family for many generations, of whom several were sheriffs and MPs for the county of Cumberland. During the Siege of Carlisle Sir George Dalston was forced to flee Dalston Hall when General Leslie requisitioned it as the Covenantor headquarters. In 1761 Monkhouse Davison, a London grocer, bought the house and owned it for 32 years until his death. In 1897 the hall was acquired by Edmund Wright Stead, owner and director of Stead McAlpin, calico printers, who commissioned architect C.J. Ferguson to remodel the frontage in red sandstone in 1899. More recently the hall has been used as a youth training centre and in 1971 it was converted into the present country house hotel. Dalston Hall featured in episode six of the sixth series of the Living TV series Most Haunted. Presenter Yvette Fielding commented: "We've never been so scared in all the 80 episodes we've filmed".

How To Get To Dalston Hall (Map):