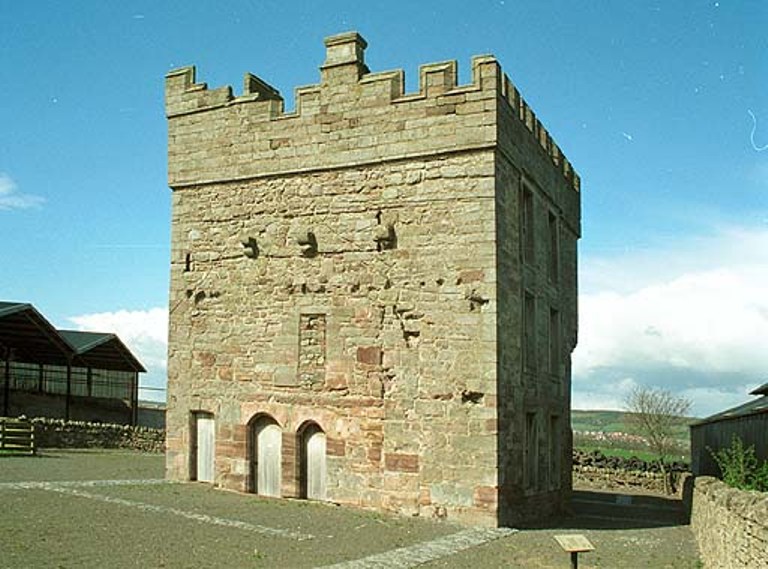 Location: Clifton, Cumbria, England.
Built: 16th century
Condition: Substantially intact
Ownership / Access: English Heritage (open to the public)
Price of Admission: not free. check their website for more info.
Notes: Clifton Hall was a fortified manor house in the Clifton, Cumbria, England. Dating from around 1400, it was constructed by either Elianor Engaine or her son-in-law William Wybergh, and was held by the Wybergh family until the 19th century. Initially taking the form of an "H"-plan design built around a central hall, around 1500 a three-story stone pele tower was added, providing both additional security and acting as a status symbol for the family. At the start of the 17th century a new stone hall was added to the south of the tower. The Wyberghs were able to retain Clifton Hall, despite the challenges of the English Civil War, but the house was caught up in the Jacobite risings of 1715 and 1745. In the early 19th century most of Clifton Hall was pulled down to make way for a new farmhouse, and only the pele tower survived. In the 21st century the tower is in the care of English Heritage and operates as a tourist attraction.

How To Get To Clifton Hall (Map):