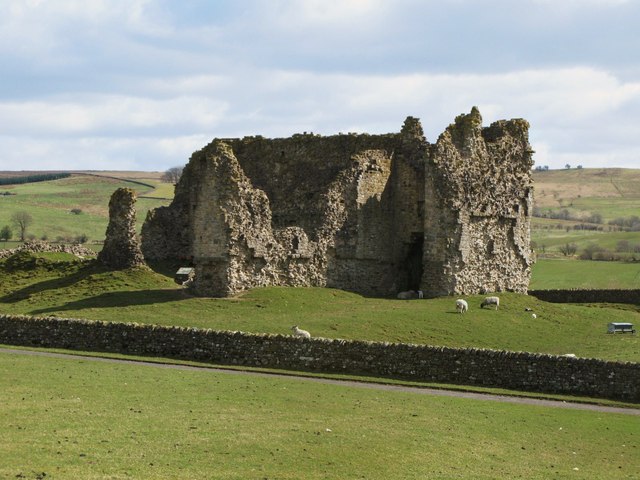 Location: Brough, Cumbria, England.
Built: 14th-15th century
Condition: Fragmentary ruins.
Ownership / Access: Castle open to the public.
Opening Times: Check their website for more info.
Price of Admission: Check their website for more info.
Notes: Bewcastle Castle is a ruined castle in the parish of Bewcastle in the English county of Cumbria. The first castle was built on the site of a Roman fort, around 1092. It was destroyed in 1173 but was rebuilt towards the end of the 14th century. The castle was decayed by the early 15th century when Edward IV granted it to his brother, the Duke of Gloucester. The buildings were repaired and the gatehouse was possibly added at this time. Bewcastle Castle was destroyed by Cromwell in 1641. The castle was in a state of ruin by the 17th century and although much of the stone was removed for nearby buildings, part of the gatehouse still remains. The element "castle" in the place-name Bewcastle refers to the Roman fort, giving rise to the unusual repetition of the word in the castle name.However, the Ordnance Survey gives the name as Bew Castle.