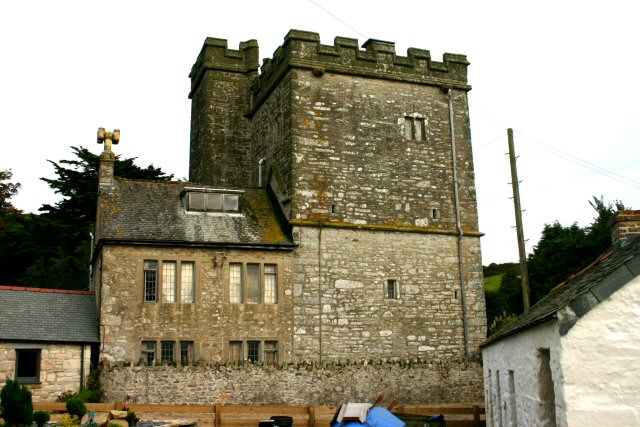 Location: Germoe, Cornwall, England.
Built: c. 1510
Condition: Fragment; 4-storey tower remains, with later building.
Ownership / Access: Pengersick Historic & Education Trust founded by the late Mrs. Angela Evans.
Opening Times: Now open for guided tours by appointment.
Price of Admission: Not Free.
Notes: Pengersick Castle is of late medieval date and features one of the few towers of its type preserved in Britain. John Milliton of Pengersick Castle became High Sheriff of Cornwall and Pengersick Castle was also improved around 1530 as a fortified manor house after the wreck of a valuable Portuguese ship. Rumours of ghosts and devil-worship surround the castle. The ghost of John Milliton is said to haunt the castle. Legend says that he attempted to poison his wife, but she switched goblets with him and the Devil was all too happy to take them both to hell. Historical research has proven some of these stories to be false: no monks were murdered there (although one was assaulted by Henry Pengersick), the supposed plague pits featured in the television programme Most Haunted were located in another part of the castle, and the Black Dog is reported to be a myth created by 19th century smugglers to frighten people away. Pengersick Castle is near Praa Sands