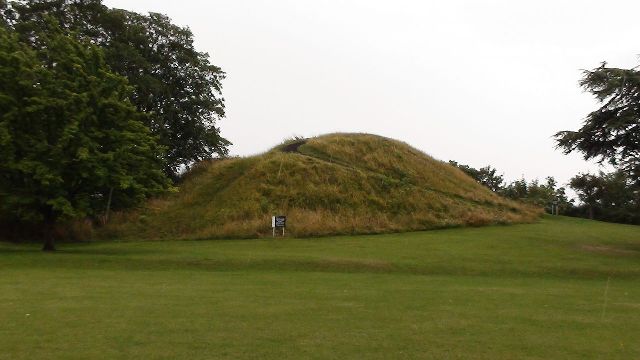 Location: Cambridge, Cambridgeshire in England.
Built: 1068.
Condition: Earthworks.
Ownership / Access: Cambridgeshire County Council. Open to public.
Notes: Cambridge Castle, locally also known as Castle Mound, is located in Cambridge, Cambridgeshire, England. Originally built after the Norman conquest to control the strategically important route to the north of England, it played a role in the conflicts of the Anarchy, the First and Second Barons' Wars. Hugely expanded by Edward I, the castle then fell rapidly into disuse in the late medieval era, its stonework recycled for building purposes in the surrounding colleges. Cambridge Castle was refortified during the English Civil War but once again fell into disuse, used primarily as the county gaol. The castle gaol was finally demolished in 1842, with a new prison built in the castle bailey. This prison was demolished in 1932, replaced with the modern Shire Hall, and only the castle motte and limited earthworks still stand. The site is open to the public daily and offers views over the historic buildings of the city.