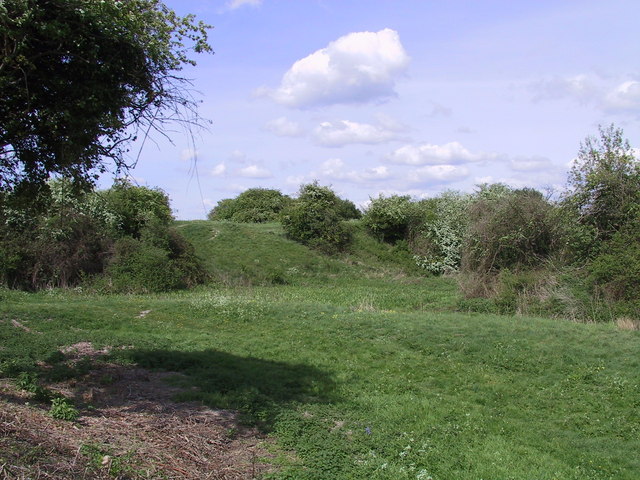 Location: Burwell, Cambridgeshire in England.
Built: 1143.
Condition: Earthworks.
Ownership / Access: Burwell Parish Council.
Notes: Burwell Castle was an unfinished medieval enclosure castle[1] in Burwell, Cambridgeshire, England. The archaeologist Thomas Lethbridge excavated the site in 1935. At the time portions of stone walling survived but were later destroyed during testing of a fire hose. The castle site was bought by the Burwell Parish Council in 1983. The University of Exeter conducted a geophysical and topographical survey of the castle in the 2010s. Today only the unfinished earthworks remain of the castle, which have scheduled monument status.