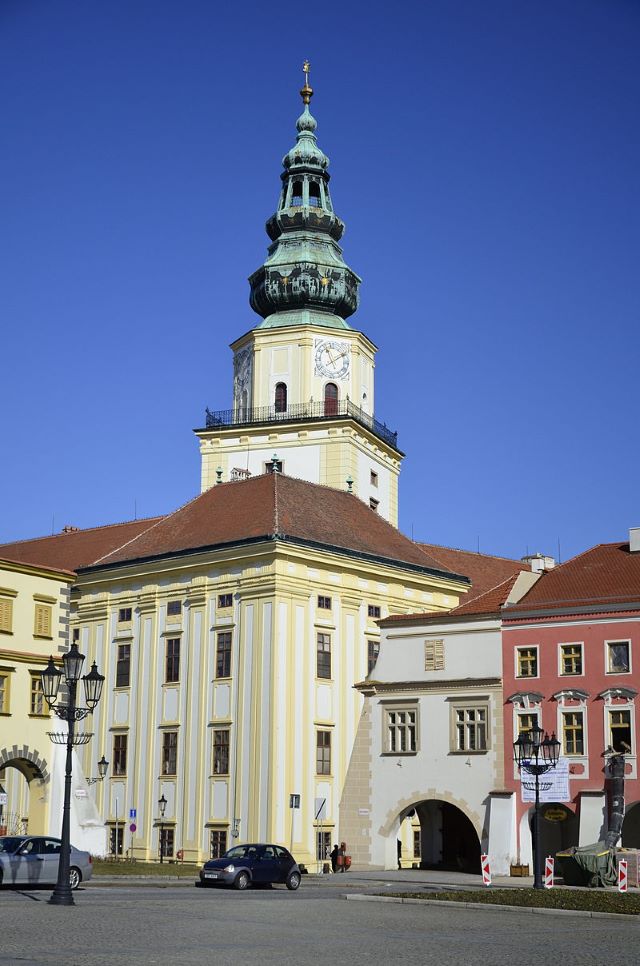 Location: Kroměříž, Czech Republic.
Built: 1497.
Condition: In good condition.
Ownership / Access: --
Notes: The Kroměříž Castle (Czech: Zámek Kroměříž or Arcibiskupský zámek, German: Schloss Kremsier) in Kroměříž, Czech Republic, used to be the principal residence of the bishops and (since 1777) archbishops of Olomouc.The first residence on the site was founded by bishop Stanislas Thurzo in 1497. The building was in a Late Gothic style, with a modicum of Renaissance detail. During the Thirty Years' War, the castle was sacked by the Swedish army (1643). It was not until 1664 that a bishop from the powerful Liechtenstein family charged architect Filiberto Lucchese with renovating the palace in a Baroque style. The chief monument of Lucchese's work in Kroměříž is the Pleasure Garden in front of the castle. Upon Lucchese's death in 1666, Giovanni Pietro Tencalla completed his work on the formal garden and had the palace rebuilt in a style reminiscent of the Turinese school to which he belonged. After the castle was gutted by a major fire in March 1752, Bishop Hamilton commissioned two leading imperial artists, Franz Anton Maulbertsch and Josef Stern, arrived at the residence in order to decorate the halls of the palace with their works. In addition to their paintings, the palace still houses an art collection, generally considered the second finest in the country, which includes Titian's last mythological painting, The Flaying of Marsyas. The largest part of the collection was acquired by Bishop Karel in Cologne in 1673. The palace also contains an outstanding musical archive and a library of 33,000 volumes.

How To Get To Kroměříž Castle (Map):