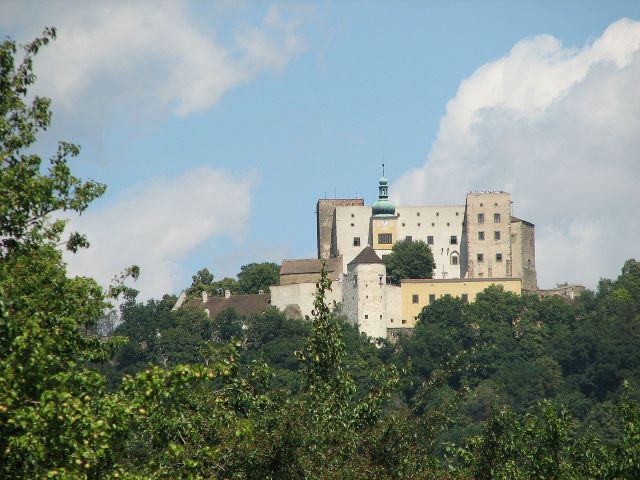 Location: Bare Hill, Czech Republic.
Built: 13th century.
Condition: In good condition.
Ownership / Access: --
Notes: The Buchlov castle (German: Burg Buchlau) is a royal castle that, along with Bare Hill (Czech: Holý kopec) and Saint Barbara’s Chapel, belongs to the points of interest in the Chřiby mountains in southeastern Moravia, Czech Republic.The castle was built approximately in the first part of the 13th century, but archaeological finds suggest that the area around Buchlov castle was settled in the oldest periods of civilization. The function of the castle was defensive, agricultural and administrative as well. The first form of the castle had a similar ground-plan as buildings of that era. It was created by two massive prismatic towers situated on opposite parts of a rocky plateau. A high palace on the southern part of the yard was built at the same time and it was surrounded by a wall. The second construction period occurred in the 1370s. Another tower was built and on the second floor of this tower there was a chapel that held the most valuable objects of early Gothic architecture of the day. Saint Barbara’s Chapel also called Barborka came into existence in the 13th century, and it was used as a funeral crypt for holders of a manor of Buchlov. Later it was rebuilt and finished in the year 1672. It is built in early baroque style on a cruciform plan with a central cupola. It is one kilometer away from Buchlov castle. Pilgrimage divine services are held to this day.

How To Get To Buchlov Castle (Map):