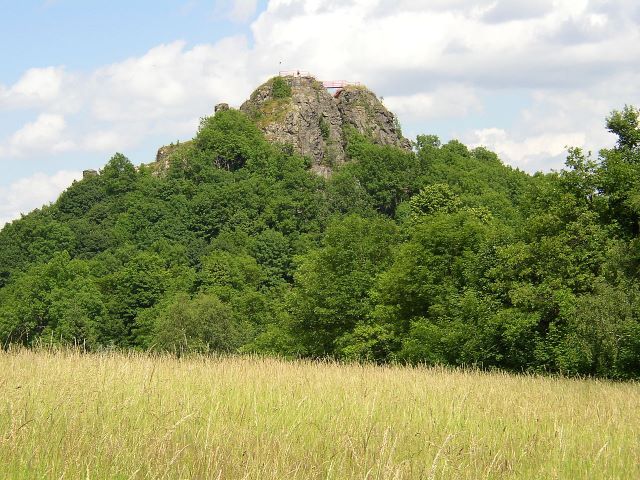 Location: Varnsdorf, Czech Republic.
Built: 1278.
Condition: Ruins.
Ownership / Access: --
Notes: The Tolštejn Castle (now reduced to ruins) is located in the microregion of Tolštejn, approximately 4 km south of Varnsdorf.The castle was built in 1278 as part of the Zittau region's defense structure. George of Poděbrady ordered the castle to be seized shortly after the Hussite Wars and after many conflicts, the Tolštejn dominion was taken by 1471 by two Saxon princes, Ernest and Albrecht. During the Thirty Years War, the army of the Austrian Emperor occupied the castle. In 1607, the Swedish General Wrangel laid siege and burned down the castle. Today the ruins of the castle are one of the most visited places in the Czech Republic.[citation needed] The creation of the microregion of Tolštejn was designed to help tourism in the area.