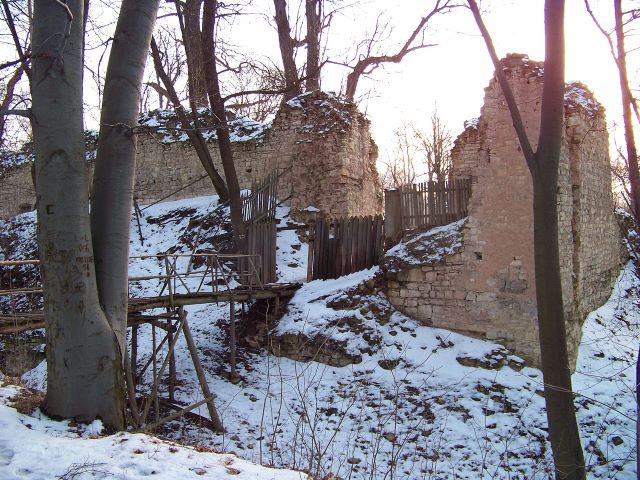 Location: Pnětluky, Czech Republic.
Built: 1380.
Condition: Remains.
Ownership / Access: --
Notes: Pravda Castle was a castle, the remains of which can be found on the hill above the village of Pnětluky in the Ústí nad Labem Region of the Czech Republic. The name literally means the truth. The first document to mention Pravda was written in 1380[citation needed]. Today's castle was probably built during second half of 15th century on top of a prehistoric fortification. At the time of construction it was a very modern and strong fortress. During the 16th century the importance of the castle diminished, resulting in its abandonment. In modern times it has become a target for tourists and a place of meetings and festivals, during the 20th century, the castle's structure deteriorated significantly and attempts are being made to stabilize it.

How To Get To Pravda Castle (Map):