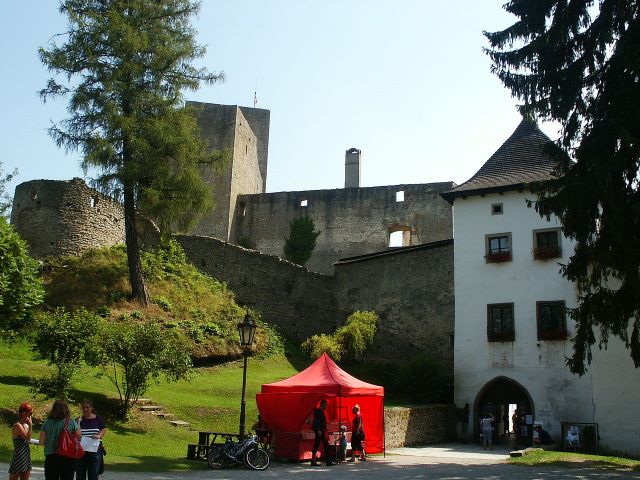 Location: South Bohemia, Czech Republic.
Built: 13th century.
Condition: In good condition.
Ownership / Access: --
Notes: Landštejn Castle is located in the Jindřichův Hradec District of South Bohemian Region of the Czech Republic. Landštejn location belongs to the municipality of Staré Město pod Landštejnem. The castle was built in the early 13th century, being mentioned for the first time in 1231, and it was, at that time, the biggest Romanesque castle in the Czech lands. To this day, it remains one of the oldest and best preserved structures in Europe. The two massive towers are connected with a wall defining the upper castle and its courtyard. The six-story southern tower is the main tower and it is still fully preserved, including a gate in the western wall.