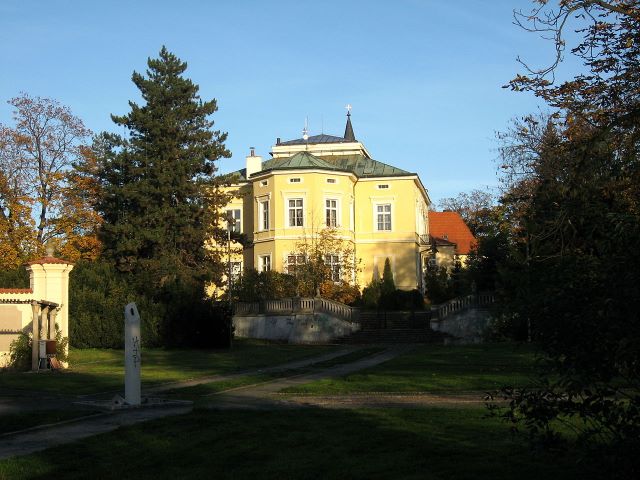 Location: Prague, Czech Republic.
Built: 12th century.
Condition: In good condition.
Ownership / Access: --
Notes: Dolní Počernice is an architectural monument located at 1 Národních hrdinů street in Dolní Počernice, near the dike Počernický fishpond and a local English park. It is protected as a cultural monument of Czech Republic. Currently an orphanage is located there. Next to the castle is a small church from the 12th century, which originally was built in Romanesque style.The castle was built from a medieval fortress, which was first mentioned in 1401. From this year comes the tabular record of the hearing succession of Jan z Cách, owner of the nearby Čelákovice. This record is the first mention of the fortress, but its origin is not known. Until the 1970s, it was presumed that the remains of the fort had not been preserved, but later findings revealed that parts of the castle corresponded to the Gothic tower fortress. On them the southern part of the east wing was built. The possibility of further research is therefore very limited.