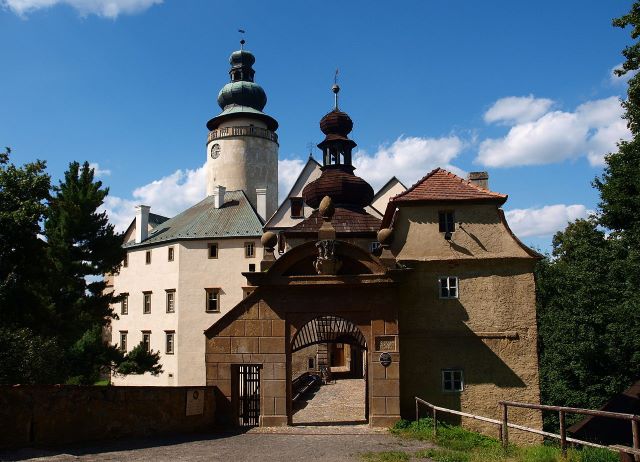 Location: Lusatian Mountains, Czech Republic.
Built: 12th century.
Condition: In good condition.
Ownership / Access: --
Notes: Lemberk Castle is a castle located in the Lusatian Mountains of the Czech Republic, near the town of Jablonné v Podještědí.It was most likely constructed in the close of the 12th century or beginning of the 13th, by Havel of Markvartice.It has undergone baroque improvements circa 1660, but today only the cylindrical tower is still standing from the original structure.