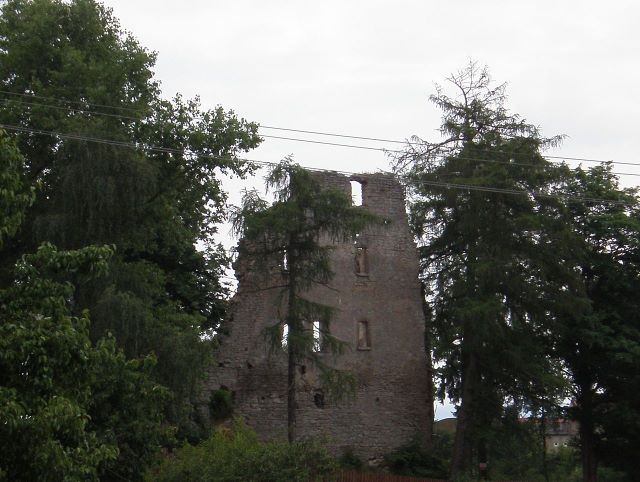 Location: Starý Rybník, Czech Republic.
Built: 14th century.
Condition: Ruins.
Ownership / Access: --
Notes: Starý Rybník castle is at the village of Starý Rybník, about 9 kilometres (6 mi) from Františkovy Lázně, in Cheb District of Karlovy Vary Region, western Bohemia, Czech Republic. Ruins of Starý Rybník castle are on a tiny rocky ridge between two ponds at the village of Starý Rybník in the district of Cheb. The castle was probably founded sometime during later part of the 14th century. Soon afterwards the castle passed on to the Frankengrüner family from Cheb. It was later acquired by the Gumerauers and the Brambachs, and throughout the major part of the 16th century it belonged to the Lords of Wirsperg. In the following years, it frequently changed hands, from the Trautenbergs to the Hartenbergs and later to the Perglars of Perglas. In 1787, it was acquired by Johann Georg Wilhelm whose family held it up to 1945.

How To Get To Starý Rybník (Map):