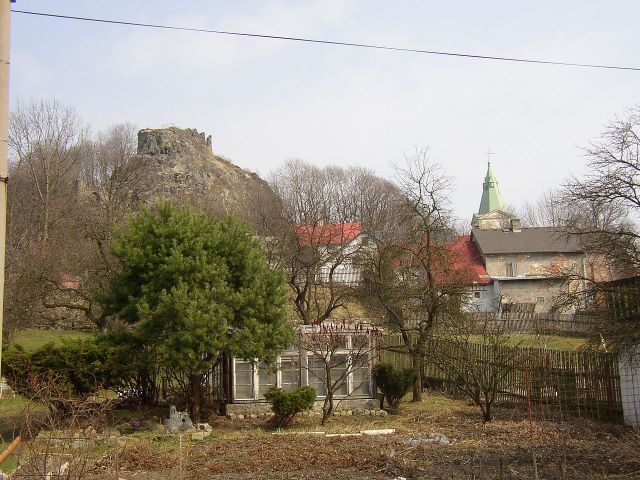 Location: Karlovy Vary, Czech Republic.
Built: 14th-15th century.
Condition: Ruin.
Ownership / Access: --
Notes: Andělská Hora, originally called Engelsburg, is a castle above the village of Andělská Hora, about 7 kilometres (4 mi) southeast of Karlovy Vary, in the Karlovy Vary Region of the Czech Republic. The ruins of the Andělská Hora castle stands upon a rock overlooking the village of Andělská Hora which lies just below. It was founded at the turn of the 14th to the 15th century by Boreš z Rýznburk, a noblemen from the Rýznburk family, as protection for their estates. The castle was destroyed by fire during the Thirty Years' War and abandoned in the 17th century.