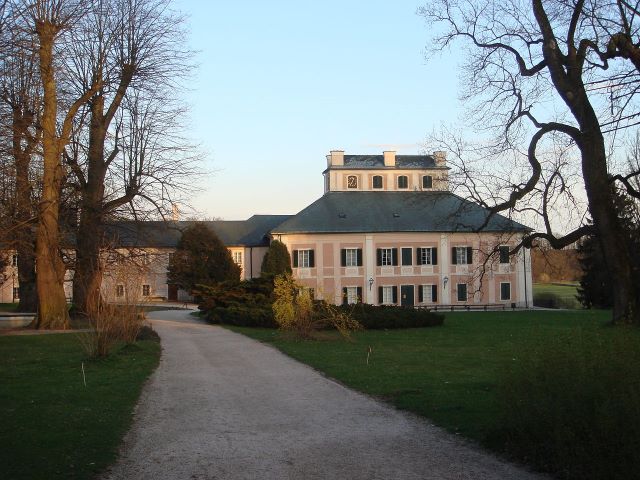 Location: Hradec Králové, Czech Republic.
Built: 1708.
Condition: Restoration.
Ownership / Access: --
Notes: Ratibořice Château is a château 2.5 kilometres (1.6 mi) north of Česká Skalice and about 10 kilometres (6 mi) west of Náchod, in the Hradec Králové region, Czech Republic. It stands on an elevated plain below which valley in the bend of the Úpa river widens. Together with Babiččino údolí (Grandmother's valley), situated between Česká Skalice and Havlovice, it offers the gentle beauty of the Baroque architecture and Bohemian landscape, ranking among the best-known and most frequented places in East Bohemia. They have become fixed in the minds of the wide public thanks to the most famous work of the writer Božena Němcová - Babička (The Grandmother).In the Middle Ages a village named Ratibořice was a farm and it stood here. Situated above it, on the site called "On Old Ratibořice", was a knights' stronghold which was mentioned in 1388 as the seat of Vaněk of Žampach. In 1464 Ratibořice was purchased by Aleš of Rýzmburk. At the time of Petr Andršpach of Dubá, the stronghold was attached to the Rýzmburk estate. In 1534 it was described already in the Land Rolls as deserted. About the year 1565 it was repaired again, but after 1582, during the period of rule of the Smiřický family and after its attachment to the Náchod estate, it definitely ceased to exist. After the Battle of the White Mountain, the Trčka family owned the estate from 1623 to 1634, its last Czech owner being Adam Erdman Trčka, who lost his life along with Albrecht of Valdštejn during the so-called "Cheb Execution". The emperor Ferdinand II bestowed the confiscated estate on the Italian noble Ottavio Piccolomini "for his royal services".Furnished with a set of original classical chairs, landscape paintings of the 17th and 18th centuries and two marble busts. Then follows the Biedermaier “Study” where a part of the new château library is housed in one of the original cabinets. The remainder of the former rich library of Kateřina Zaháňská was merged with the Náchod library in the latter half of the 19th century. Worthy of attention is a mobile cabinet with several drawers and a gilded cupola – the household pharmacy. The two busts of biscuit china belong in the small collection of products from the royal manufactory in Copenhagen. It comes from the property of the wife of the last owner of the château, Prince Bedřich. She was Princess Louise of Denmark, third child and oldest daughter of King Frederick VIII of Denmark and his wife, Louise of Sweden.