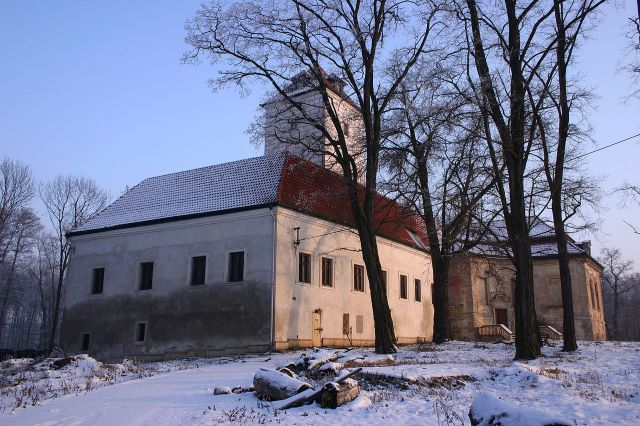 Location: Central Bohemian Region, Czech Republic.
Built: 1377.
Condition: In good condition.
Ownership / Access: J. Cucha of Zásada.
Notes: Lobkovice Castle is halfway between Prague and Melnik Central Bohemian Region of the Czech Republic. Lobkovice is among the oldest of Czech villages, already being mentioned by Václav Hájek from Libočany in the times of Saint Wenceslaus (the Good King Wenceslas) and Saint Adalbert of Prague. In the second half of the 14th Century Lobkovice belonged to Mikuláš Cotr, a citizen of Prague, and in 1377 the estate became the property of J. Cucha of Zásada. Lobkovice was acquired by Mikuláš Chudý of Újezd, the founder of the House of Lobkowicz, in 1409, and stayed in the family until the nineteenth century, when it was bought by the Prague attorney Dr. Jan Mechura, father-in-law of the historian František Palacký, who died there in 1876. A few years later, Prince Moric of Lobkowicz reacquired the original family seat. In 1948, the estate was nationalised by the socialist government (resulting from the bill of the Revision of the First Czechoslovak Land Reform passed in July 1947). The Lobkovice Estate was returned after the Prague Velvet Revolution to the grandson of the last owner prior 1948, Prince Ferdinand Joseph Lobkowicz.

How To Get To Lobkovice Castle (Map):