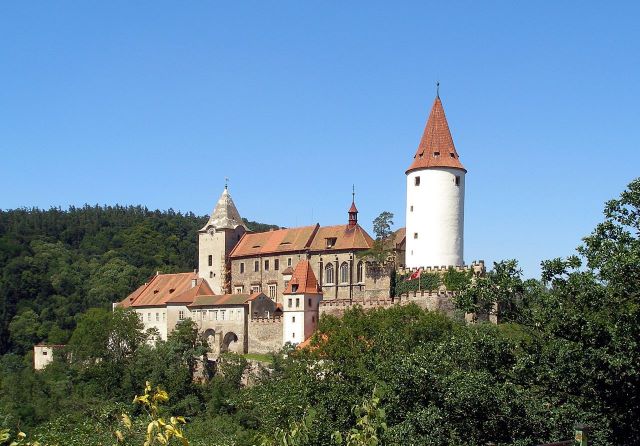 Location: Křivoklát, Czech Republic.
Built: 12th century.
Condition: In good condition.
Ownership / Access: family of Fürstenberg.
Notes: Křivoklát Castle is located in the Central Bohemia Region of the Czech Republic. Křivoklát was founded in the 12th century, belonging to the kings of Bohemia. During the reign of Přemysl Otakar II a large, monumental royal castle was built, later rebuilt by king Václav IV and later enlarged by king Vladislav of Jagellon. The castle was damaged by fire several times. It was turned into a harsh prison and the building slowly deteriorated. During the 19th century, the family of Fürstenberg became the owners of the castle and had it reconstructed after a fire in 1826. Today the castle serves as a museum, tourist destination and place for theatrical exhibitions. Collections of hunting weapons, Gothic paintings and books are stored there. The village of Křivoklát, founded in the 14th century, grew slowly below the castle.

How To Get To Křivoklát Castle (Map):